Last weekend, Alison and I visited CC at her apartment in Dixon, Illinois. But before we got to Dixon, we journeyed all the way to the other side of Illinois, to the city of Rock Island on the shores of the Mississippi River. Why Rock Island? Well, I’ve always enjoyed touring old historic homes, and I was intrigued reading about the Rock Island mansion built in 1833 by Colonel George Davenport. In case you’re wondering (and even if you’re not), I’ll tell you that George Davenport was one of the founding fathers of the city of Davenport, Iowa, which is right across the Mississippi from Rock Island. It struck me as odd that Davenport would build his mansion in Rock Island rather than in the city that bears his name.

I’m not going to offer a primer on the history of George Davenport or his city (or the fact that he was murdered in that very house in 1845!), but suffice it to say that all of my questions were answered by the helpful docents during our tour of the Davenport mansion. I will say this much – the Davenport mansion is actually on an island in the Mississippi, facing the riverfront of Davenport, Iowa, but the island happens to be part of the city of Rock Island, Illinois. Still, I’ll give the Colonel credit for giving his house a good view of the city that bears his name, and vice-versa.

We’ve always heard that people were substantially shorter generations ago, but I never appreciated how much shorter they were until I visited the Davenport mansion. I offer this photograph in evidence. It shows Alison, who stands a mere 4’11”, yet she seemingly has little hope of fitting into the mansion (I can assure you that no Photoshopping or other image manipulation has been performed on this photo; I was standing right by the mansion when I took this picture). 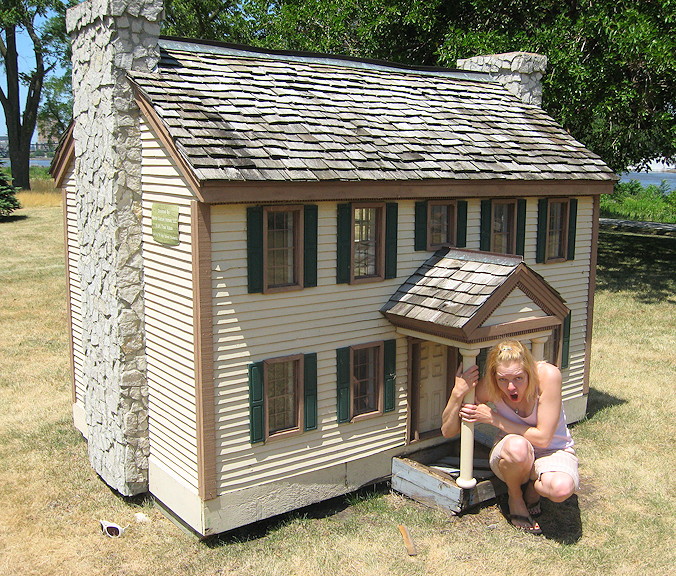 But somehow, we managed to fit into the house. Like something from Doctor Who or a Lewis Carroll book, once we were inside, the dimensions became much larger, as you can see in this view of the kitchen table: 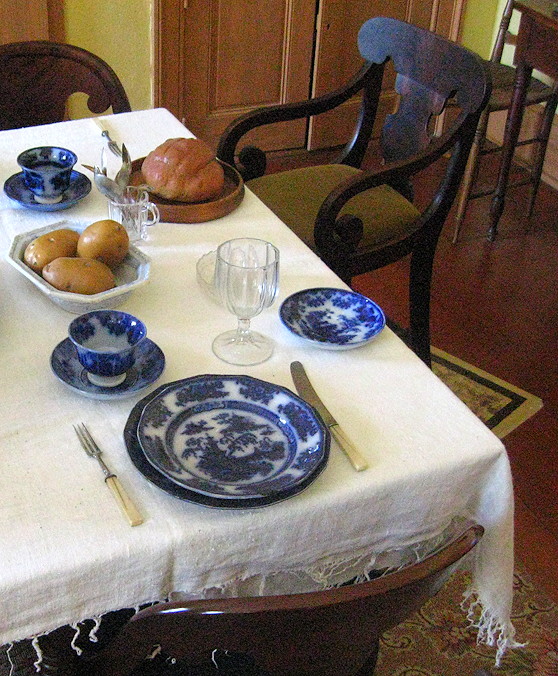 Oddly enough, though the people were very small, their weaponry was conventionally sized. This is Alison again, posing with an old cannon near the Davenport mansion: 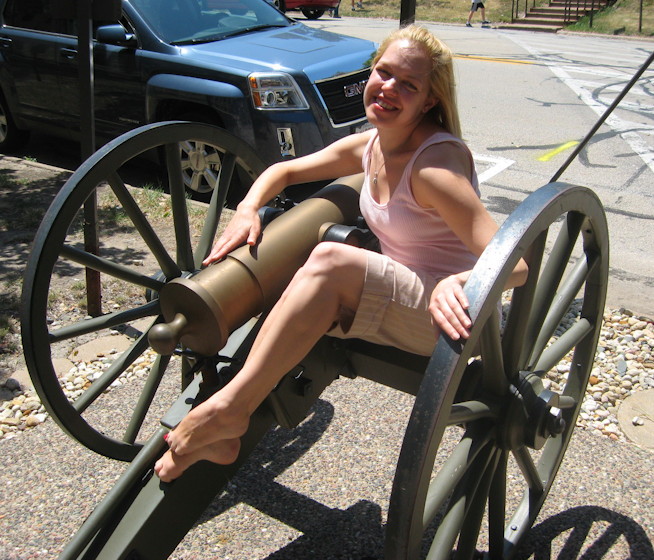