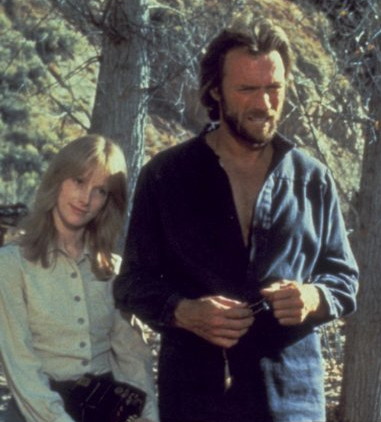 It’s been a while since I’ve talked about movies in this journal. Today I’m going to reach back a few years and talk about the 1976 film The Outlaw Josey Wales, directed by Clint Eastwood and starring Clint in the title role. In a sense, I’m not reaching back all that far, since I didn’t see it when it first came out. In fact, I first saw it about two years ago. I saw it again today and I think it’s a very noteworthy film.

Josey Wales is a perfect example of this saying. On the surface, and on first viewing, it’s about Clint Eastwood’s character, Mr. Wales, whose family is murdered by a group of Union soldiers in the late days of the Civil War. This sets Wales on a path of vengeance against those soldiers, which makes him an outlaw with a price on his head. Along the way, he does a lot of traveling and meets a lot of people; some good, some evil, and some too desperate or damaged to care about such distinctions as “good” and “evil”. Not to give anything away, but by movie’s end, some good people have prevailed, some evil people have been punished, and many, many people have been killed.

But Josey Wales isn’t really about all of that. It’s about many other things – the meaning and price of honor, the capriciousness of fate, the harshness of frontier life, the destruction of this land’s natural beauty, the compromises enforced by human society, and the transformation of that society over the generations. But for all of that, it’s a gripping adventure story.

A few additional notes are in order. First of all, a great many action films aspire to this sort of poignancy. The films of Jean-Claude Van Damme and Steven Seagal offer innumerable examples of men who have everyone and everything they love ripped from them, transforming them into superhuman killing machines who exact a stunning toll of vengeance upon the evil ones and their minions. Josey Wales, by contrast, is a rare example of a movie that actually succeeds on both fronts – as both a macho action movie and as something more thoughtful.

I need to take a slight detour here and talk about the TV series “Star Trek: The Next Generation.” Yes, you heard me right. I love Next Gen. It’s my favorite Star Trek series. I therefore possess a special dispensation that permits me to discuss topics such as the limited acting abilities of Michael Dorn, Brent Spiner, and Marina Sirtis. I am also free to discuss preposterous plot points and lazy screenwriting, all without compromising my utter love of the series.

In the same way, I can and must discuss the shortcomings of The Outlaw Josey Wales. Most of the casting follows what I long ago dubbed the Clint Eastwood Rule: that no one may be cast in a Clint Eastwood movie who is a better actor than Clint Eastwood. That rule holds mostly true here, the notable exception being John Vernon (best known as Dean Wormer in Animal House), who is just wonderful as a somewhat ambivalent pursuer of Wales. At the other end of the acting spectrum, we have Sondra Locke (seen in the above photo), reliably hopeless as always here. Chief Dan George, God love him, doesn’t have much going on either, though he, like Eastwood, seems to understand what he can and can’t do as an actor and maintains his dignity throughout. I won’t go through the whole cast one at a time; suffice it to say that it’s mostly a grab bag of uneven styles, perhaps a sign that Eastwood hadn’t yet matured into the director who would go on to create Unforgiven 16 years later.

The screenplay was written by Philip Kaufman, who a few years later wrote and directed The Right Stuff, an all-time classic in my book. His screenplay here is very strong, though it is unfortunate that he included romantic scenes between Eastwood’s and Locke’s characters. In fairness though, that’s not a knock on Kaufman; it’s just that Eastwood and Locke, though a couple in real life, should never have tried putting it on screen. Now that I think of it, the real culprit may be Eastwood the director, who should perhaps have downplayed those scenes just a tad.

But despite all this carping on my part, I think the film rises above it with barely a shrug. A true appreciation lies in looking beyond its flaws and experiencing the film that lives untainted beneath the surface. Within the Western genre, it is a film of uncommon intelligence and sensitivity. That last word – sensitivity – may seem an odd one to use when discussing a film with so much grotesque violence and human ugliness, but it’s what I feel. Also, viewing it here in 2012 serves to remind us how fast movies have gotten. Someone familiar only with contemporary Hollywood entertainments might find the pacing intolerably slow. All I can say to that is, take a deep breath, relax, and accept it on its own terms.
Collapse