Last week, we spent a few days in Michigan. Our trip included a visit to the Henry Ford Museum in Dearborn. It was a bit of a homecoming for us, since we’d both worked for the theater company that once called the museum home.

Let me take a moment to say this: Very few people knew in advance that I was coming to town. There are so very many friends and family members that I’d love to spend time with, and I knew it wasn’t going to be possible within the confines of this trip. If I’d made a general announcement that I was coming to town, it would have made my unavailability all the more frustrating for me.

CC and I had long discussed a trip to the Henry Ford Museum, but her John Deere job added a reason to do it sooner than later. As I mentioned in my earlier post, the HFM is home to one of the two known surviving early John Deere plows. So while we enjoyed many of the wonders that the HFM has to offer, our primary target was that historic plow. It turned out we could get pretty darn close to it. Here it is: 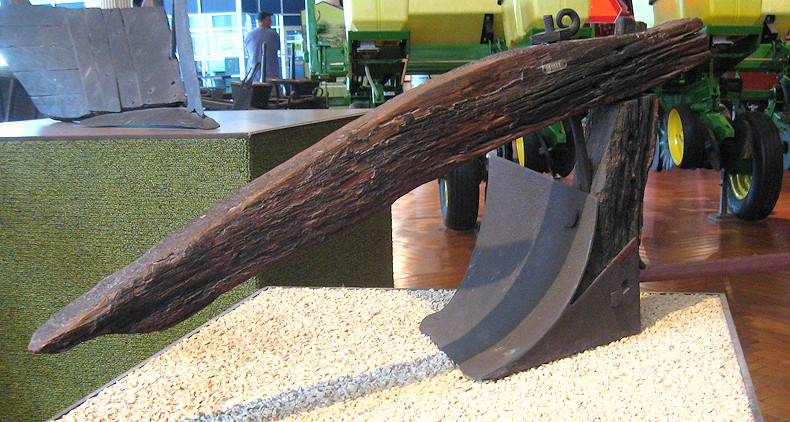 Next time we’re in town, CC and I have resolved to visit Greenfield Village, which adjoins the HFM and is a wondrous place in its own right. Plus which, we know at least a couple of people who work in the Village!
Collapse