We got out of town over the weekend, probably for the last time this year before the weather becomes a discouraging factor in our travel planning. I have a handful of photos to share from the weekend.

This statue is in Oregon, Illinois, on a high bluff overlooking the Rock River. It is often referred to as the Black Hawk statue or just the Indian Statue, but its more formal name is The Eternal Indian. It was created a little over a century ago by the celebrated sculptor Lorado Taft. To give you a sense of scale, the statue is about 50 feet tall and this picture shows about the upper two-thirds of it. And then there’s that impossibly blue sky behind it, commanding any spectator with a camera to document the moment. Also, I decided that if I were going to post this photo, it had to be large enough to convey a sense of the massiveness of the thing. 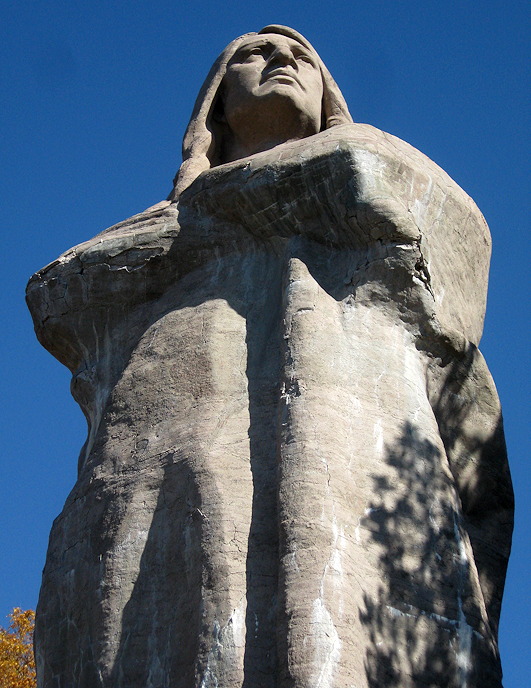 These are CC’s cats. Despite the difference in their markings and despite the fact that one is about half the size of the other, these two are sisters and litter-mates. The patchy-coated one is named Patchy and the one with the flecks of color on her coat is named Flecks. Another difference is that Flecks will pose nicely for any wandering portraitist or photographer, while Patchy never stops moving for long and can be a tad skittish, which necessitated the zoomed-in, grainy shot of her you see here. 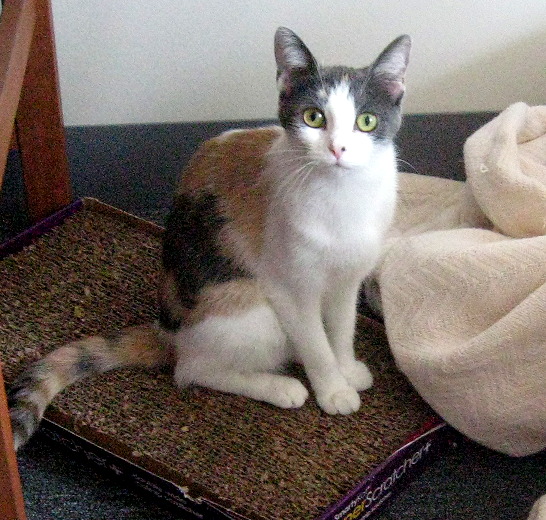 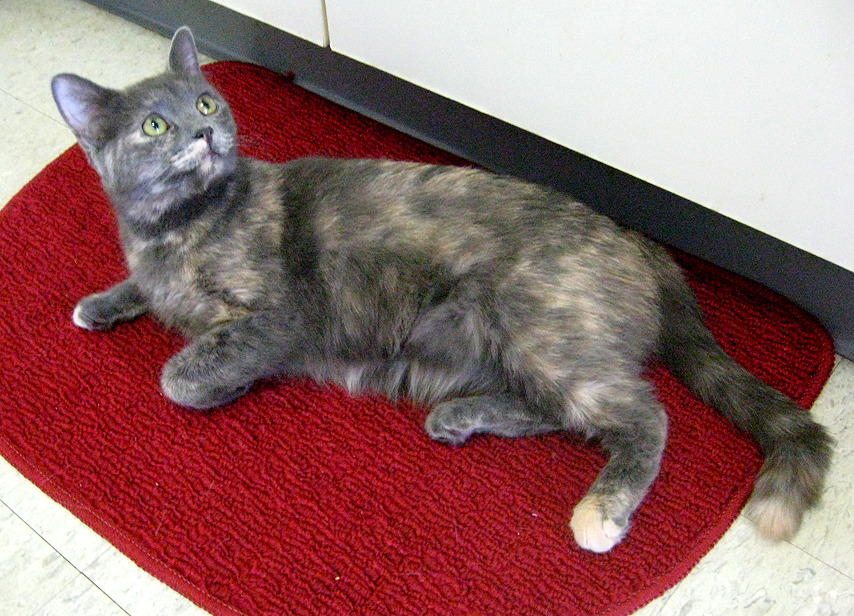 Finally, I was in fine and lovely company on this trip, with CC and Alison. This was taken at possibly the finest restaurant in Dixon, Illinois, The Basil Tree, just after we’d finished consuming a fabulous meal and various glasses of wine/cocktails. It was a good night and a very satisfying weekend. 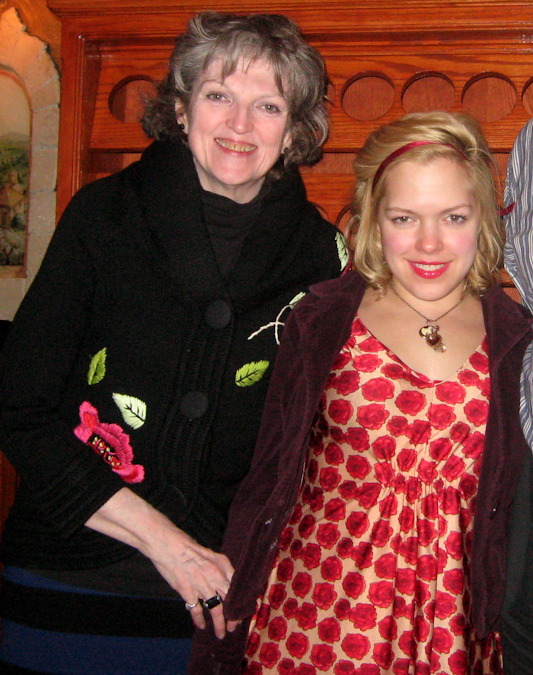