On Friday last, we thought we were going to US Cellular Field in Chicago to cheer on the visiting Detroit Tigers as they took on the White Sox. As it turned out, the baseball game was a mere backdrop to the main point of the evening: It was Star Wars Night! Hundreds of Imperial subjects, as well as an undisclosed number of rebel sympathizers, converged upon the stadium and claimed it as their own. I can’t say much more than that, as I live in a galaxy far, far away from theirs and have limited knowledge of their customs and political dynamics, but I have a couple of intriguing photos to share. 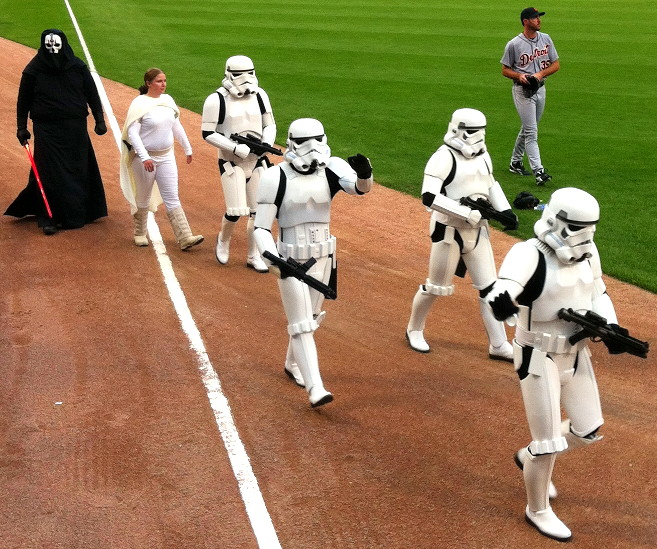 Here, it appears Princess Leia has been captured by Imperial forces and is being escorted to an undisclosed location for purposes of interrogation. Most intriguingly, they appear to be acting under the direction of Tigers pitcher Justin Verlander, whose Imperial allegiance had been heretofore unknown to me. 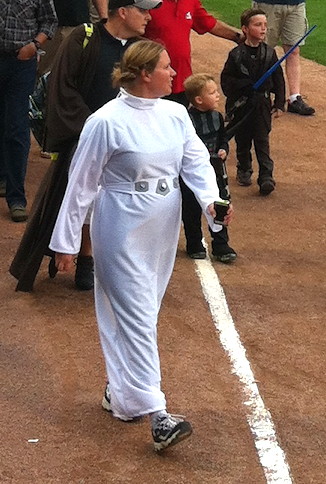 But then, much to our surprise, a second Princess Leia appeared. We are left with many questions but no answers – Has an imposter princess been put in place by the Empire to deceive her subjects? Should we call her Princess Liar? Is one of them a stunt double? Or maybe – I may as well say it – a clone?

We made it up to Kenosha, Wisconsin on Sunday for the penultimate day of this year’s Bristol Renaissance Faire. It was a scorcher and we had to work at staying hydrated, but as always, a good time was had by all. The one bit of bad news was finding out that one of our favorite shops – the bookstore – is gone, as the long-time proprietor has decided to retire. Before departing the faire today, I filled out a comment card with one simple request: “Bring back the bookstore!” Only time will tell what kind of influence I have at Bristol. On to a few select photos: 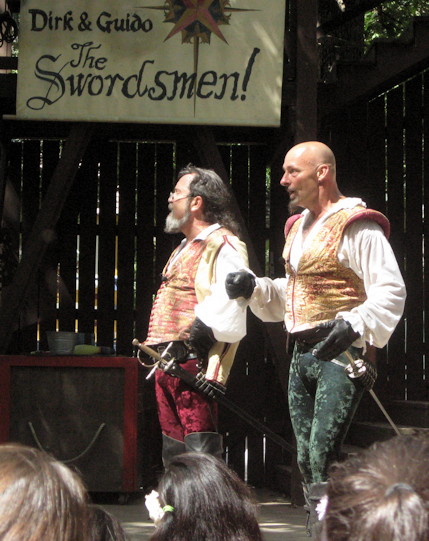 In spite of the syntax of their banner, these two are, left to right, Guido and Dirk. I’ve seen their show on various occasions and they’re always a treat. A special flourish, bow, and tip of the cap goes to them on the occasion of their 25th anniversary as an act. Long may they wave their swords! 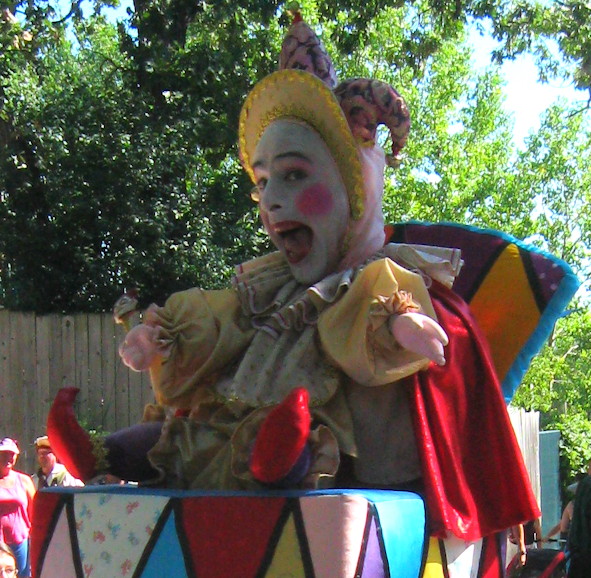 This oddly proportioned child was making quite an amusing racket crying out at passers-by. Now let’s back off and see what’s really going on here:

Yes, those are stilts. So now you know. It was still pretty darned funny. 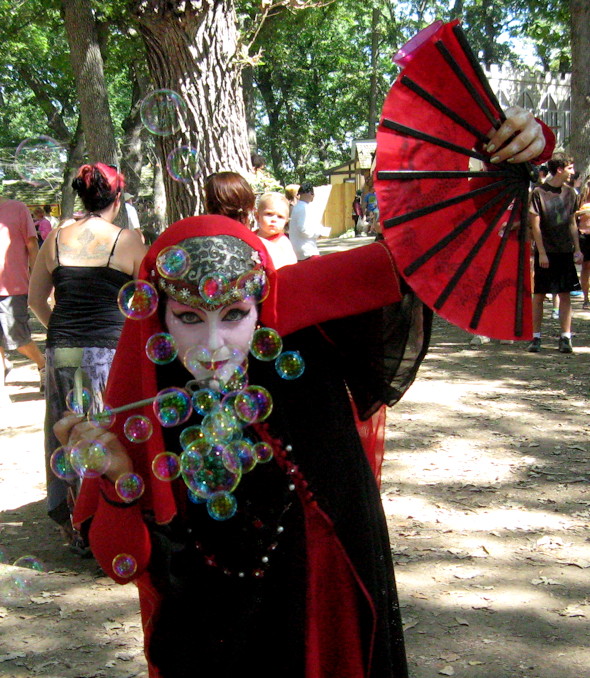 This exotic woman was just about the loveliest sight I saw all day. She did not speak, so I cannot tell you anything more about her, but she happily posed for the photo and smiled coquettishly when I remarked on her beauty. 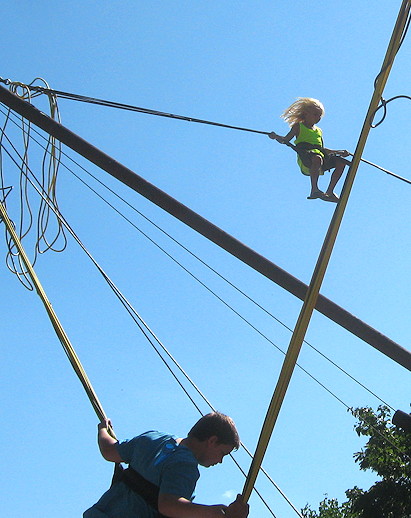 There are many diversions for children at Bristol and this is one of the most striking. The youngsters seen here have been strapped to bungee cords and are bouncing high into the air off trampolines. If I weighed around 75% less, I would be all over this. 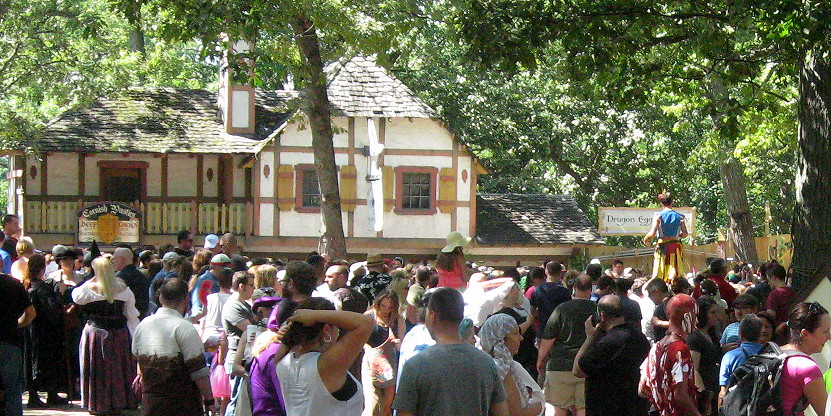 Our final shot is a panorama of the crowd. That impressively tall fellow on the right side of the picture is a member of the acrobatic comedy team Barely Balanced, and yes, he is walking on stilts. If you ever get the chance, this is a crowd you should be a part of.
Collapse